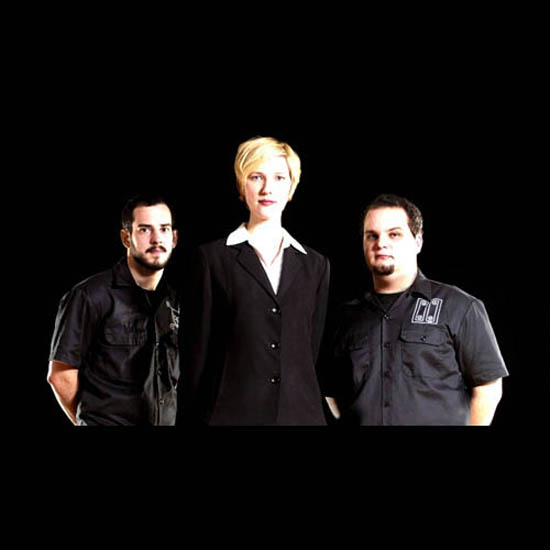 Six years ago, two northeast Ohioans named Matt Sturgeon and Bill Manke met with a singular goal for their next project: to make interesting pop music -- pop music that maintains a sense of mystery and coolness. With the addition of Sara Eugene in 2003 and a rechristening of the band as 20GOTO10, they have delivered in-full. Sturgeon's beats and melodies, Manke's stylized synth sounds, and Eugene's full, warm vocals combine to produce the smeared lipstick delivery of pop perfection.

With their use of analog synthesizers, a Vocoder, a Theremin, and Eugene's voice, 20GOTO10 have a natural feel that mixes '80s new wave progenitors like Yazoo, Propaganda, Xymox, and the Other Two with a new millennial aesthetic. As the band released their EP, 8-Bit Demos, in 2004, they built a steady regional concert club following through their pop sensibilities and dynamic live performances. The next year marked the release of their first full-length studio effort, Tears from the Electric Eye.

Taking a more conceptual approach to the album format, in May 2006, 20GOTO10 released Elizabeth, Haunted by Ghosts. In contrast to the futuristic, dystopian themes of Tears, Elizabeth draws inspiration from the art and history of the 16th century. Using a more minimalistic approach, 20GOTO10 has created a beautiful, mysterious album with a measured pace and plenty of sonic white space.